Operating revenues totalled $229 million, arising primarily from transportation tolls from the ongoing operations of the TMP. Operating expenses were $132 million.

As of March 31, 2019, CDEV held $4.8 billion in outstanding loans to finance the acquisition and construction of the pipeline assets.3 The loans were financed by the Canada Account, administered by Export Development Canada (EDC), at a 4.7 per cent interest rate. Financing costs for Trans Mountain Corporation totalled $87 million. CDEV also reported a $61 million depreciation expense on its pipeline assets.

This is consistent with the results CDEV previously reported in its 2018 Third Quarter Report.4 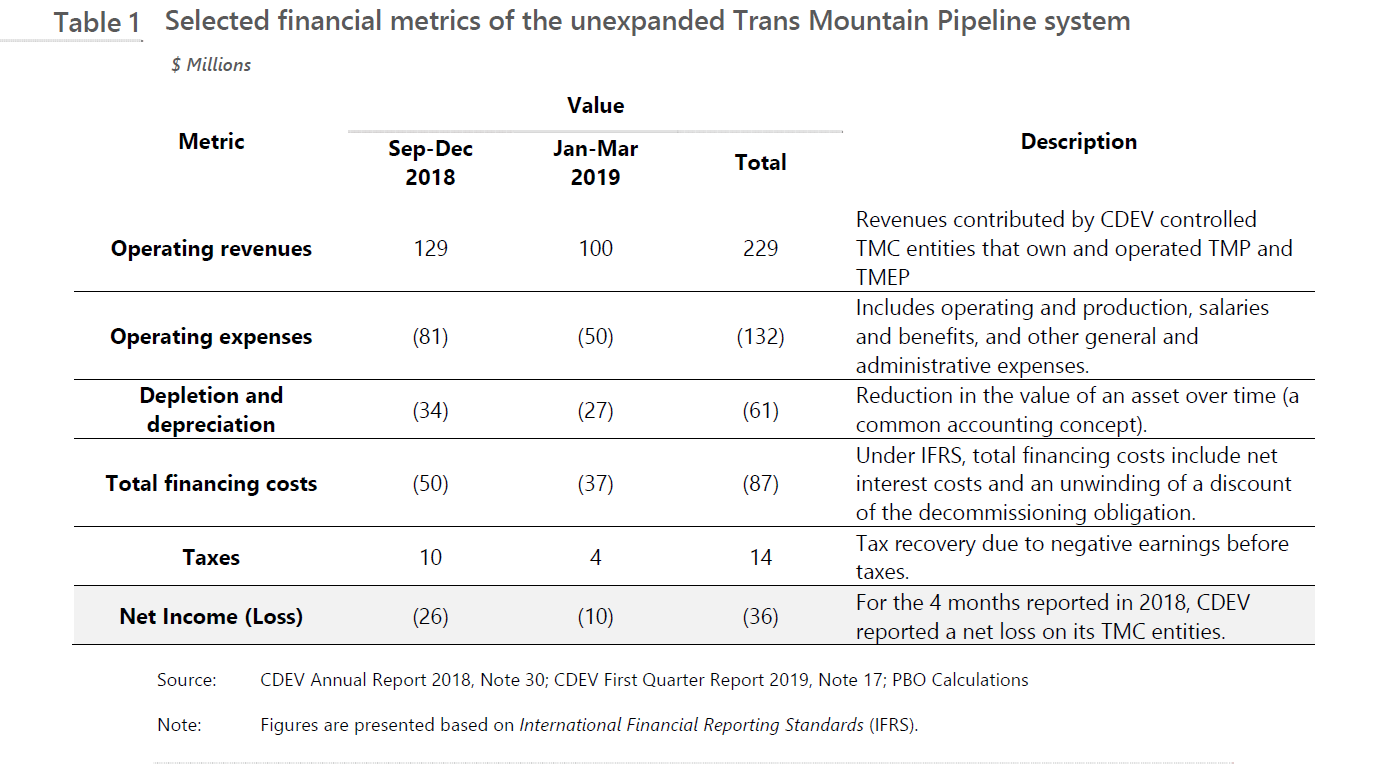 CDEV’s Annual Report also presented the results of a goodwill impairment test (Table 2, columns 1 and 2). Goodwill is recorded when the purchase price of an asset is higher than its fair value. In this specific situation, it primarily reflects the value of the option to expand the existing pipeline.

The test consisted of sensitivity analysis of the fair value of the assets given changes in key assumptions, namely: the discount rate applied; the construction cost of TMEP; and delays in the construction and operation of TMEP.

CDEV’s sensitivity analysis was determined using various unobservable inputs and assumptions. This includes an approximately 9 per cent discount rate and probability-weighted scenarios of various in-service dates for the TMEP, ranging from 2023 to 2026. CDEV also included potential scenarios where TMEP would not be put into service due to construction not being completed.

PBO replicated CDEV’s sensitivity analysis (Table 2, columns 3 and 4). We inputted identical changes in key assumptions into our own financial model, which was based on information from Kinder Morgan’s public filings in August 2018.