Update on Costs of Incarceration

Get the report
Update on Costs of Incarceration.pdf

Summary
In 2016-17, an average of 14,310 offenders were in federal custody. The average institution-specific expenditure associated with each inmate were $114,587 /year or $314/day per offender and 96% of those cost are attributable to custody. The cost of incarceration varies substantially depending on the type of inmate, as outlined in the table below. 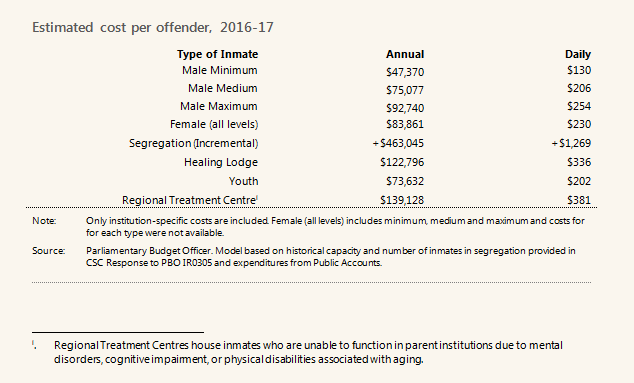 Related reports
The Funding Requirement and Impact of the “Truth in Sentencing Act” on the Correctional System in Canada
June 22, 2010