$1.7 billion (44%) of the voted authorities in these Estimates are related to approximately 50 measures announced in Budget 2016, including an additional:

The balance of funding generally relates to measures announced in previous budgets (that is, Budget 2015 and earlier), changes in the estimated cost of legislated programs (for which statutory authority to spend money is already in place) and funding that lapsed in the previous fiscal year that the Government is seeking permission to spend this year.

Roughly $9.7 billion of total authorities were lapsed in 2015-16, or 11.6% (shown as the ratio of unspent authorities to total authorities). Lapse rates have increased steadily since 2001-02. As noted in earlier PBO reports, lapsing funding is a normal outcome of the government’s financial management system.  In general, it neither reflects poor management or misfeance on the part of departments and agencies.

Parliamentarians may wish to confirm that the additional spending proposed in these supplementary estimates has corresponding performance targets.  As PBO and the Auditor General have noted in previous reports, the performance measurement framework for some aspects of federal spending has been uneven. 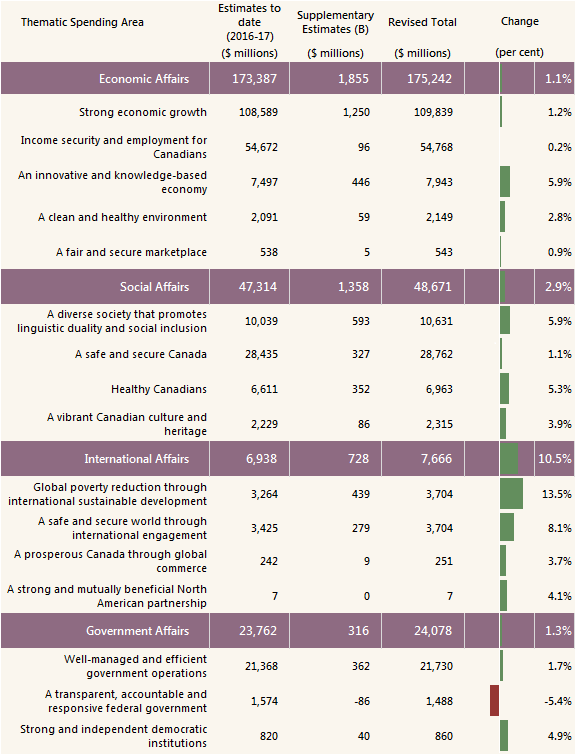