The Parliamentary Budget Officer’s (PBO) legislative mandate includes research and analysis regarding the Government’s Estimates. To implement this, the PBO reviews the Estimates and highlights proposed adjustments that warrant scrutiny, including:

i. Proposed changes to programs that are material to adjustments in the federal budget balance; and,

The second supplementary estimates for the 2015-16 fiscal year request an additional $810 million of voted appropriations from Parliament, and outlines an additional $3 million in statutory spending. Almost two-thirds ($520 million) of these funds are Vote 5 appropriations to the Treasury Board of Canada Secretariat (TBS). Vote 5 funds allow TBS to provide temporary and permanent allocations to government departments in order to meet cash requirements.

A further $280 million of the requested funds pertain to the Government’s commitment to accept 25,000 new migrants to Canada from Syria by February 2016. This commitment was outlined in the mandate letter to the Minister of Immigration, Refugees and Citizenship, and reiterated in the recent Speech from the Throne.

The remaining $13 million consists of $9.6 million requested for the implementation of a new sitting of the House of Commons, and $3.4 million for the creation of the Parliamentary Protective Service (PPS). 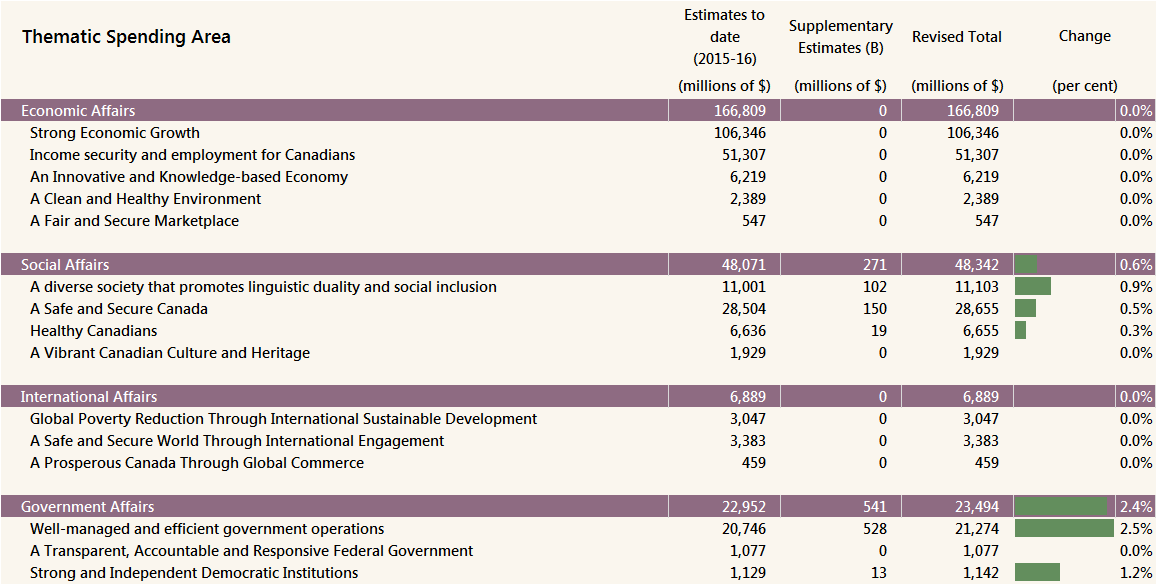