Get the report
Federal Spending on Postsecondary Education.pdf 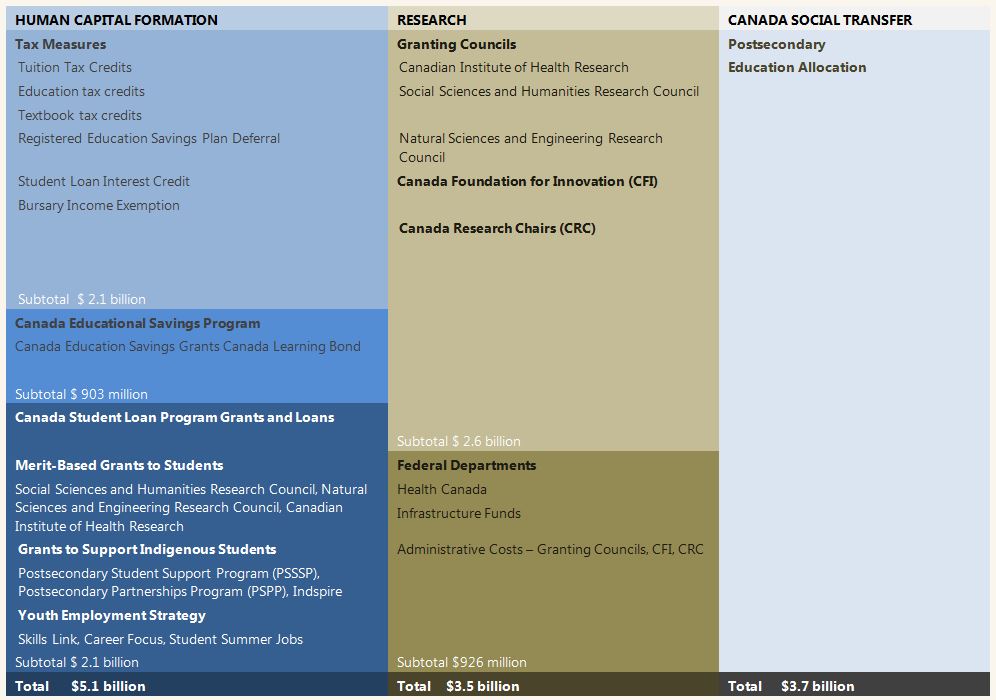 This report analyzes federal spending on postsecondary education in Canada over the past 10 years; and, where possible, analyzes the distributional impacts of federal programs.  It also provides forward projections to 2020-21 taking into account recent Budget 2016 announcements.

In 2013-14, total federal spending on postsecondary education reached an estimated $12.3 billion. This represents a decline from its peak of $12.8 billion in 2010-11. Over the past ten years, the greatest growth occurred in spending that supports human capital formation and the Canada Social Transfer (CST).

PBO estimates that roughly 60 per cent of postsecondary students belonged to higher-income families (that is, the two highest after-tax or disposable income quintiles).

Increases in federal funding targeted towards human capital formation have primarily benefited these families. This was due to a growing share of federal support provided through the tax system and the Canada Education Savings Program, Registered Educational Savings Plans.

Figure 1: Federal Expenditures on Postsecondary Education, by Area of Focus 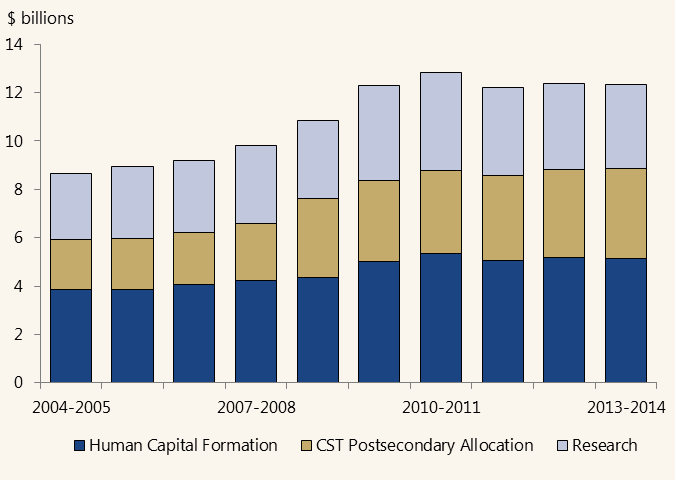 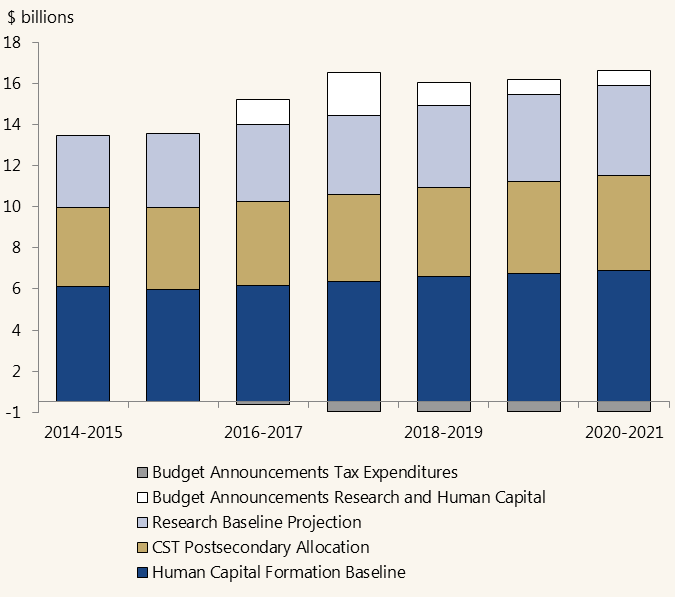