The Government’s Expenditure Plan for 2016-17

Get the report
The Government’s Expenditure Plan for 2016-17

Summary
The Government’s Expenditure Plan and Main Estimates for 2016-17 outline $250.1 billion in budgetary spending authorities. This represents a decrease of approximately $550 million compared to total budgetary authorities outlined in 2015-16, mostly driven by decreases in direct program spending (DPS), partially offset by increases in major transfers to persons, and other levels of government.

The decline, in general, stems from the sun-setting of various initiatives, for example the remediation of contaminated sites. Some of these measures are likely to be re-announced sometime in the future. Associated with this are expectations of future requests for funds through the Supplementary Estimates process, later in the year.

The Government has also initiated a pilot project, providing parliamentarians the ability to approve Transport Canada’s grants and contributions at the program level. This move allows Parliament to provide greater scrutiny on the spending of funds, and builds on recent transparency initiatives, notably the TBS InfoBase and the publication of frozen allotments in Supplementary Estimates (C) 2015-16. 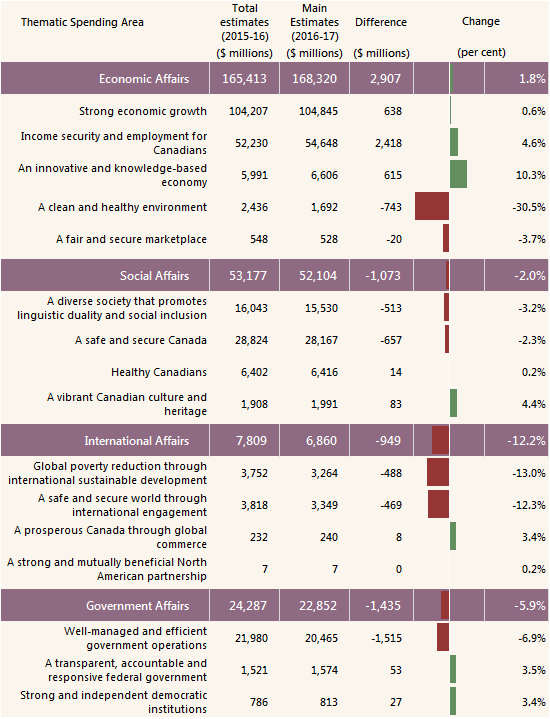