Summary
This report provides parliamentarians with an assessment of the state of the labour market in Canada. It examines labour market indicators relative to their trend estimates, that is, the level that would be observed if cyclical fluctuations were excluded. PBO also compares Canada’s labour market performance with that of other advanced economies, and examines changes in the distribution of hourly wages in Canada. 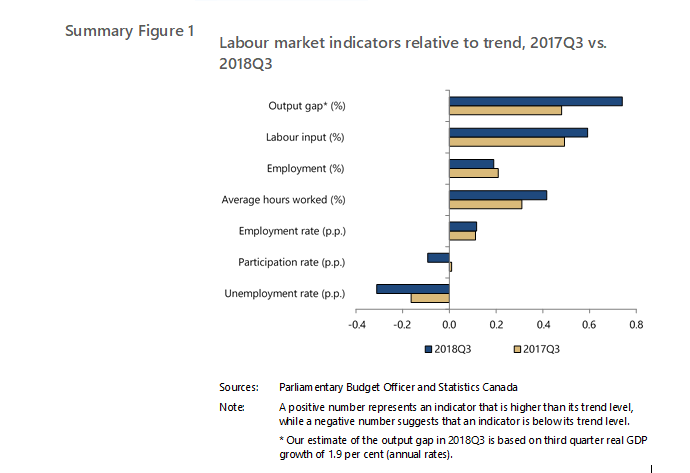 In this report, we also update Fortin and Lemieux’s (2015) analysis and take a closer look at the distribution of wages at the national and provincial levels, but also by sex, between 1997 and 2018. 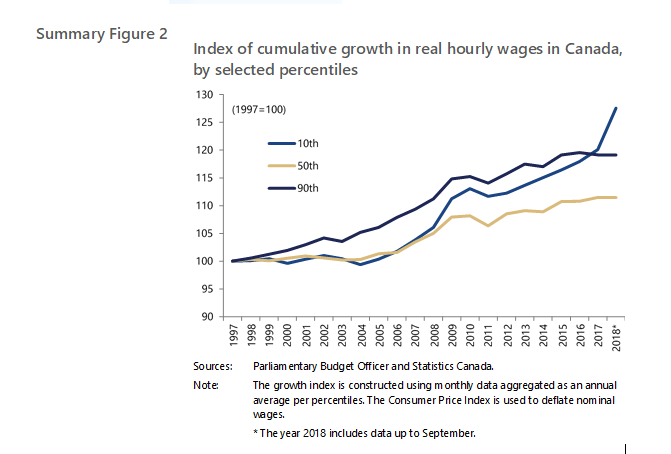 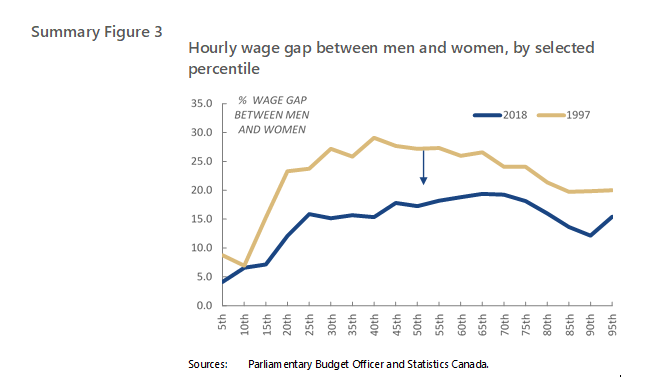