Get the report
Fiscal Analysis of the Interim F-18 Aircraft.pdf

Summary
This report provides an independent estimate of the impact of the costs of Canada’s procurement of 18 Australian F/A-18 aircraft on the federal budget. This estimate is for a total life cycle cost, thus taking into consideration the total cost of project development, acquisition, operations and sustainment, and disposal of the additional aircraft.

The total estimated life cycle cost of 1.09 billion is some 22% higher than the Department of National Defence (DND) estimate.  This is largely driven by costs in the operations and sustainment phase, where the PBO has estimated life extension and upgrade costs that are approximately $120M higher than DND’s. 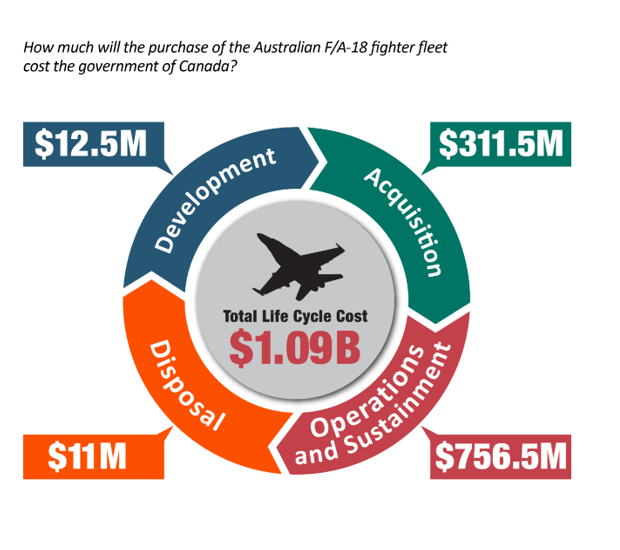 Sensitivity analysis surrounding changes in planned flying rates show that the total project life cycle cost estimate can vary by as much as $55.5 million. A delay in the completion of the acquisition phase by one year, such that deliveries of six aircraft slip into the 2022-2023 fiscal year, would increase total project costs by $12.5 million.