Status Report on Phase 1 of the New Infrastructure Plan

Get the report
Status Report on Phase 1 of the New Infrastructure Plan.pdf

Summary
In December 2017, the PBO submitted information requests to 32 departments, agencies and Crown Corporations responsible for all Phase 1 NIP projects. PBO was able to build an inventory of 10,052 projects, which we believe to represent a substantial majority of total planned NIP Phase 1 funding.

Of the total $14.4 billion budget for NIP Phase 1, federal organizations have been able to identify $7.2 billion worth of approved projects that were initiated in either 2016-17 or 2017-18. Thus, $7.2 billion of Phase 1 funding is yet to be attributed to projects.

As part of its ongoing economic and fiscal analysis, the PBO actively monitors the roll-out of the NIP to determine the timing and impact of the planned stimulus program on the Canadian economy. 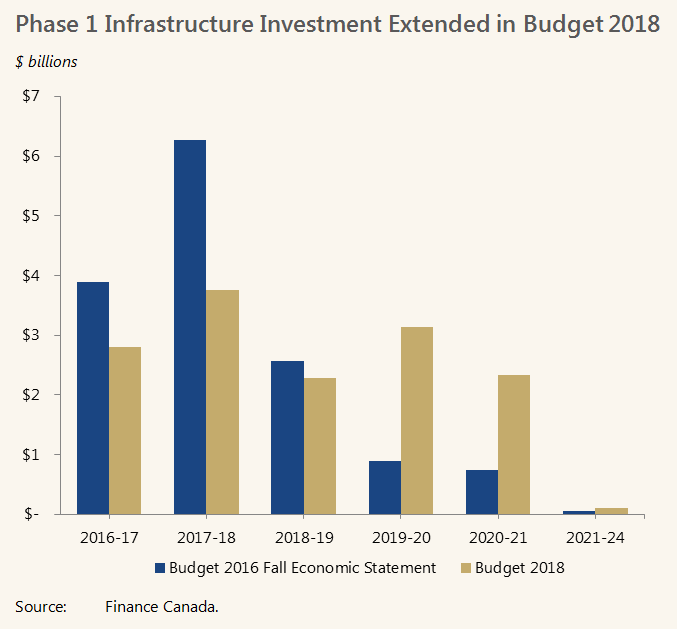