In general, to construct program spending projections over the long term, we adopt an approach that decomposes growth in spending for a given program into growth in nominal GDP and growth due to the impact of changes in the age structure of the population.

This approach implies that, for a given program, average spending per person or “recipient” of a certain age grows in line with income (that is, nominal GDP) per capita[1]  Consequently, over the long-term projection horizon, the relative magnitude of per capita spending across age groups is preserved. Our approach attempts capture the demographic cost drivers of government spending as opposed to reflecting the benefits of government spending across age groups in the population.

Based on CIHI data[2] we estimate that subnational governments spend, on average, roughly 10 times more on health care for an individual between 80 and 84 years of age compared to an individual between the ages of 1 and 4 years old.  However, for other programs we make the simplifying assumption that spending per capita is the same across age groups within the range of ages for which the program is primarily targeted. For example, elderly benefits are assumed to be targeted for ages 65 years and older while education spending is assumed to be targeted for ages 5 to 17 years old.[3] Of course the actual incidence of per capita spending across age groups would differ from our results.

To illustrate the age distribution of program spending, Figure 1 presents the allocation of federal and subnational government spending based on our simplifying assumptions and CIHI data (for health care spending).[4] 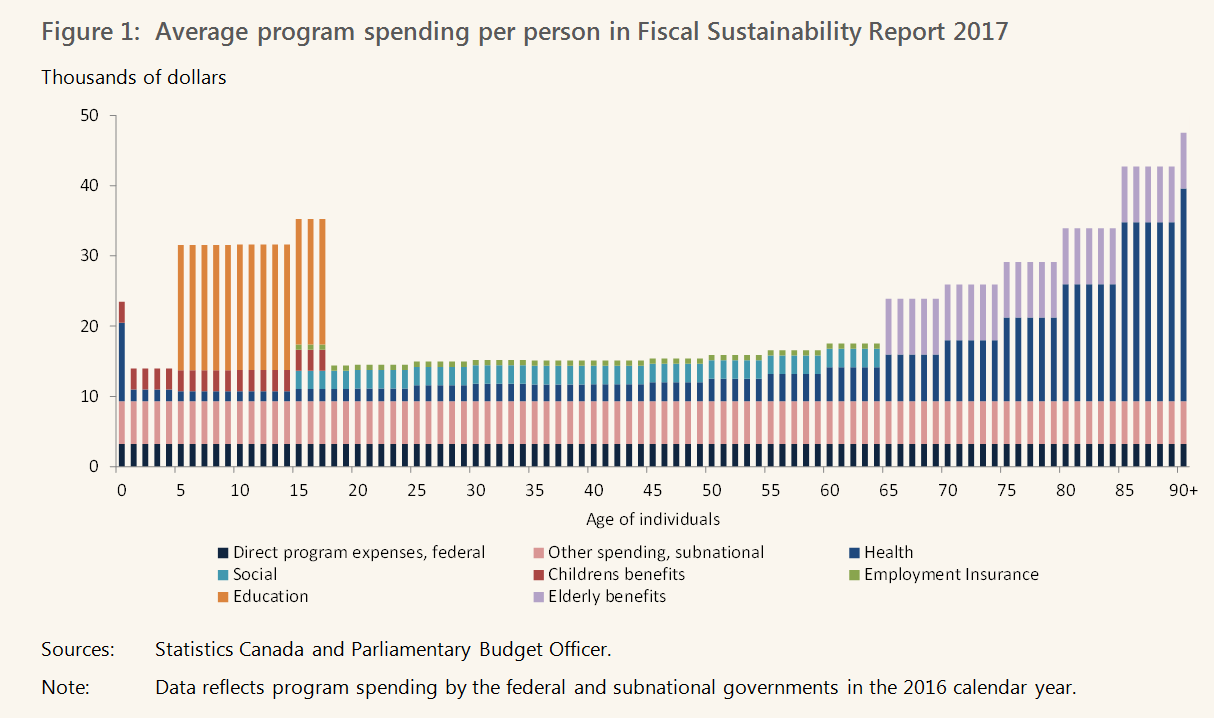 Over the long term, the total amount of spending for a particular program is determined by multiplying per capita levels by the number of individuals in each respective age group and then aggregating these amounts across all age groups. Going forward, the ageing of the population will move an increasing share of individuals out of their prime working-age years and into their retirement years. Figure 2 shows population shares by age group in 2016 and projected shares for 2091. 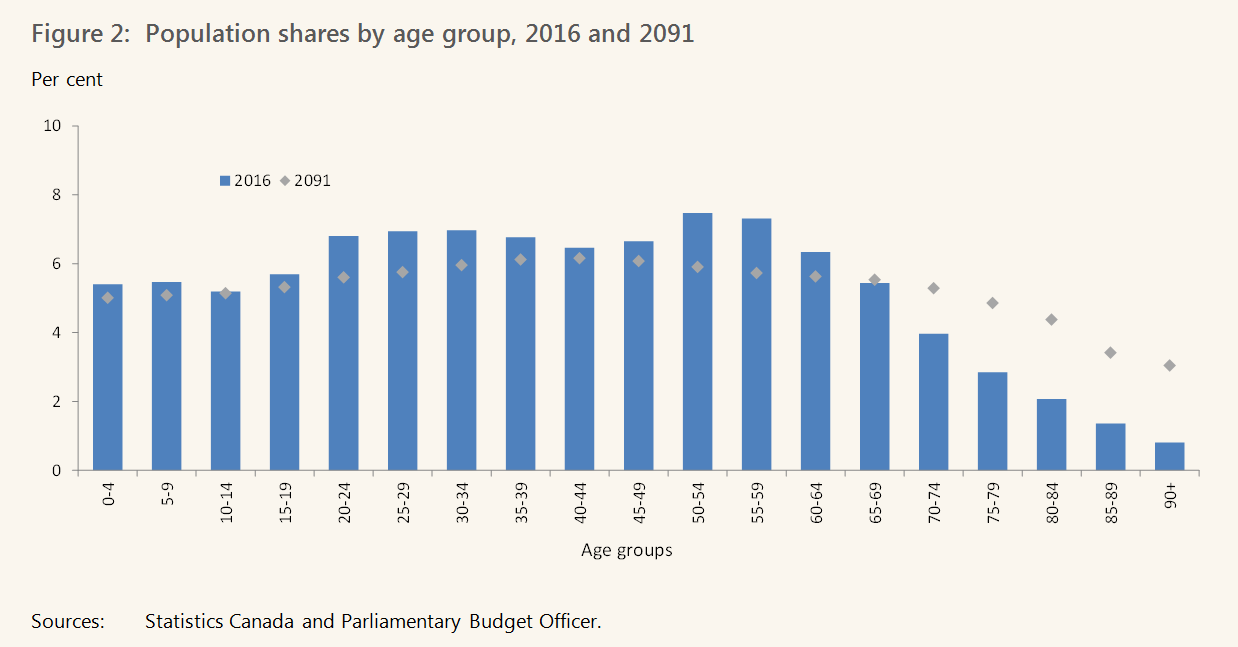 Growth in spending on a program will therefore be influenced by the interaction of the relative distribution of per capita spending and changes in the population shares of age groups, in addition to growth in nominal GDP per capita.

For example, given that health spending per capita for older age groups is significantly higher compared to younger age groups, the projected increase in the share of the elderly population over the long term will drive growth in total health care spending above growth in nominal GDP.

[1] However, consistent with current legislation, federal spending on elderly and children’s benefits, per beneficiary, increases in line with inflation only.

[3] For categories of program spending that do not have an easily identifiable age range, we assume that per capita spending is the same across all age groups in the population.

[4] In FSR 2017, our long-term projection approach is applied to subnational government program spending by province and the (combined) territories.