Summary
Total government expenditures for the first half of 2015-16 were $124.7 billion, an increase of 5.5 per cent over the same period last year ($118.2 billion). This is slightly higher than the 3.4 per cent increase in total program expenses outlined in Budget 2015. Most of this increase draws from the Government’s new enhanced Universal Child Care Benefit (UCCB). The first cheques for this enhanced benefit were delivered in July, adding $3.2 billion to the previous year’s UCCB payments. 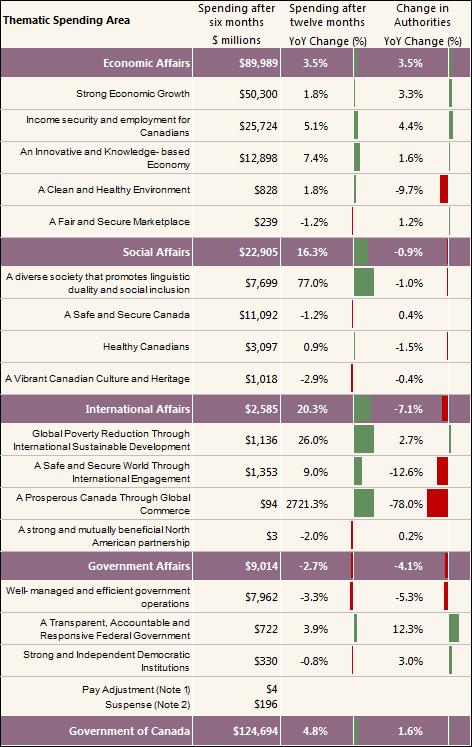 The Government Expenditure Plan and Main Estimates for 2015-16