The Parliamentary Budget Officer (PBO) today released an independent analysis of the federal government’s spending to address Indigenous housing needs in urban, rural and northern areas. This report was prepared in response to a request from the House of Commons Standing Committee on Human Resources, Skills and Social Development and the Status of Persons with Disabilities (HUMA).

The report, Urban, Rural, and Northern Indigenous Housing, examines Indigenous housing in all areas of Canada except for on reserves.

“After accounting for the impact of current programs, there remains a $636 million annual gap between what Indigenous households in urban, rural and northern areas can afford to pay for adequate shelter, and the cost of obtaining it”, said Yves Giroux, PBO.

Canada’s federal government has explicitly allocated $179 million per year to address Indigenous housing over the 10-year term of Canada’s National Housing Strategy. Federal transfers also contribute to the capacity of provinces and territories to provide housing support to Indigenous households. 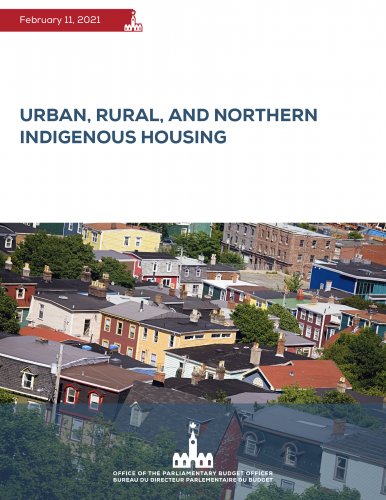