The report Trans Mountain Pipeline – Financial and Economic Considerations – Update provides the PBO’s latest financial valuation of the purchased assets, based on an analysis of new data and updated assumptions for the pipeline utilization, the discount rate and the long-term service and tolling framework.

The PBO estimates the net present value of the Trans Mountain assets is $0.6 billion. This updated valuation is based on a construction cost of $12.6 billion and an in-service date of December 2022 for TMEP, as well as a continuation of the federal government’s current climate policy framework.

“The Government’s decision to acquire, expand, operate, and eventually divest of the Trans Mountain Pipeline System continues to be profitable,” said Yves Giroux, PBO. “However, the profitability of the assets is highly contingent on the climate policy stance of the federal government and on the future utilization rate of the pipeline.”

The PBO also estimated the economic impact of construction activities for the TMEP. The peak annual impact on real gross domestic product is 0.18 per cent in 2021. 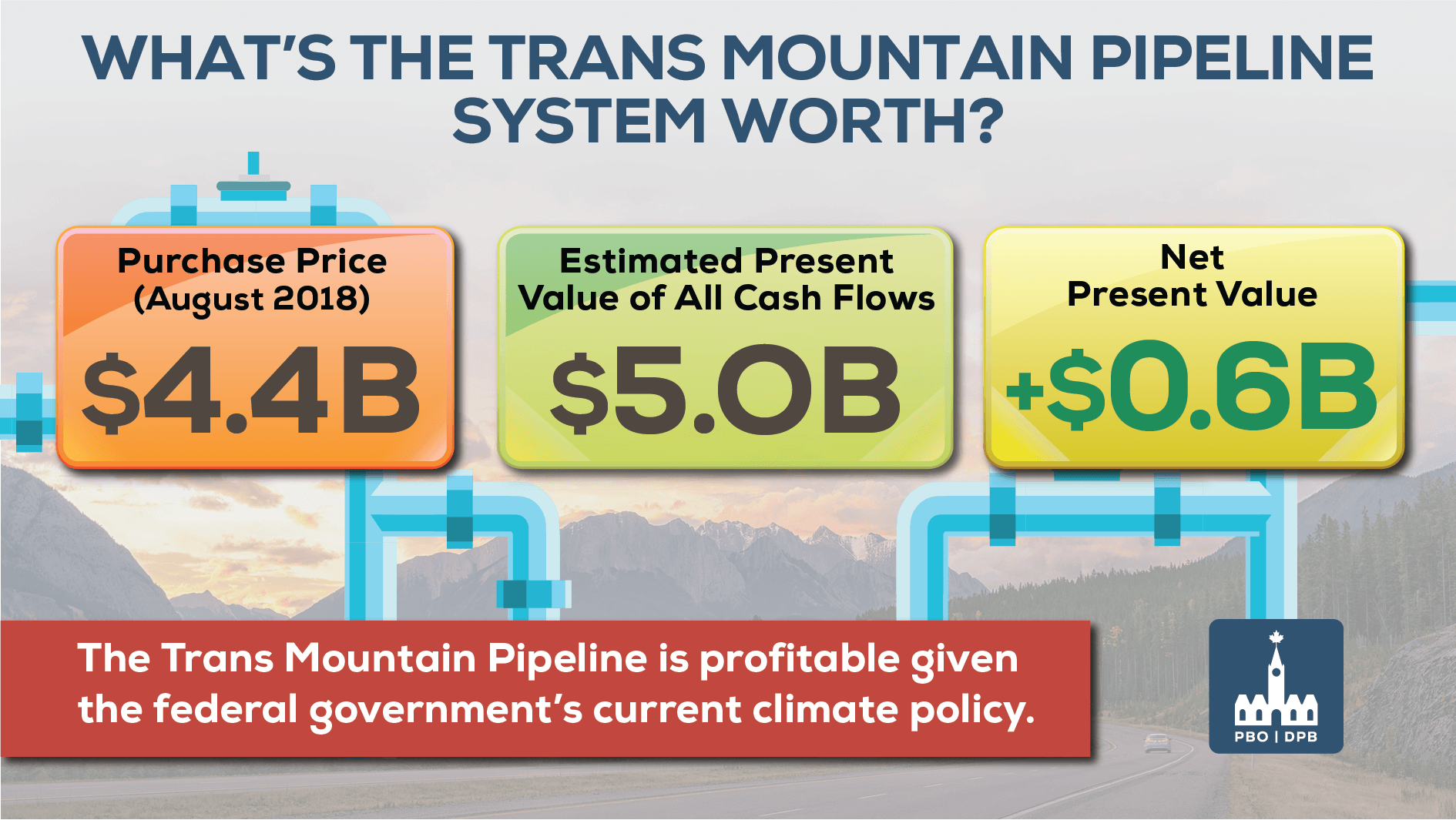 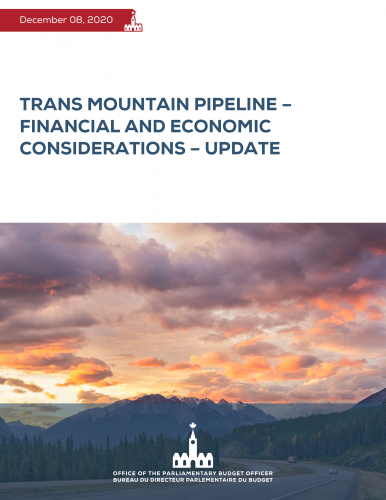