The Parliamentary Budget Officer (PBO) today released a new report which provides an analysis of the fiscal impact of increased federal public service employee salaries and benefits resulting from the enactment of the federal Pay Equity Act (the Act).

In his report, Fiscal Analysis of Federal Pay Equity, the PBO estimates the financial cost of implementing the Act, which covers approximately 1.3 million employees: some 390,000 in the public sector and 900,000 in the private sector. The federal government has not yet released its own estimate of how much more money is expected to be spent to comply with the legislation.

“Once the Act is fully in force starting in 2023-24, we estimate the federal government's ongoing annual cost could increase to $621 million," said Yves Giroux, PBO. "This amount includes additional contributions to pension and other employee benefit plans, which is estimated at $144 million”. 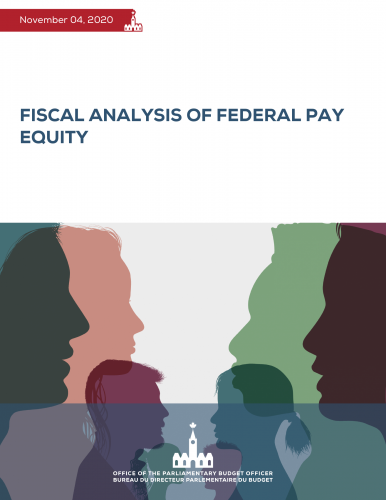